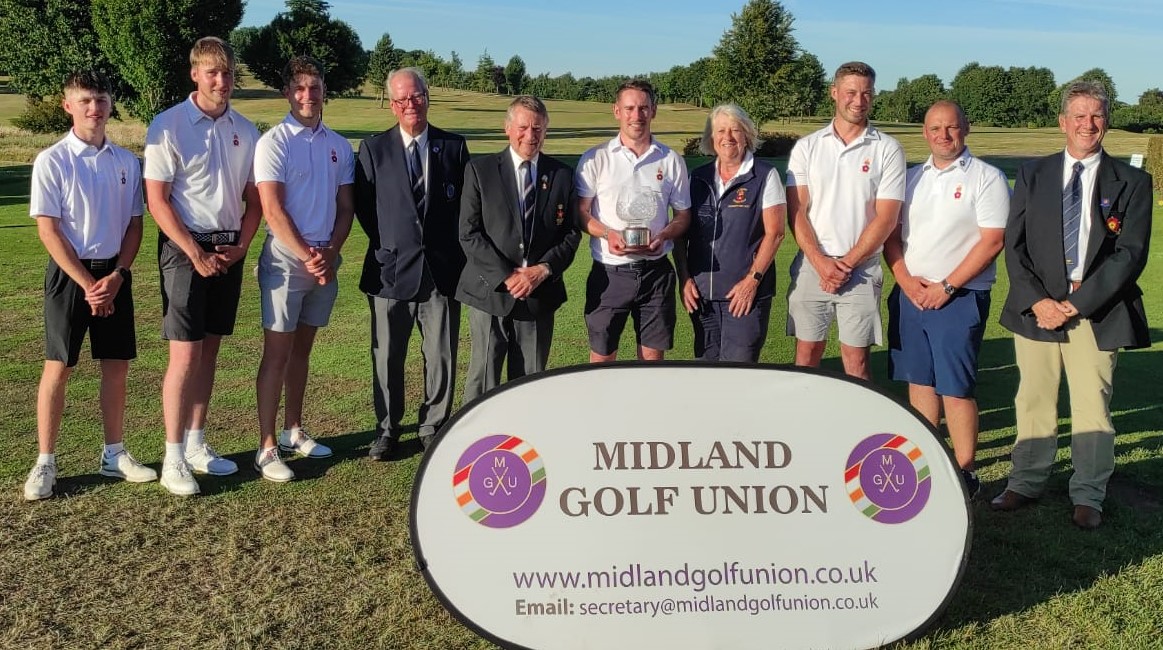 The team of Captain, Nick Newbold, Will Harvey, Josh Ashton, Henry Hayward, James Booth and Sam Potter produced great golf today at Overstone GC in Northamptonshire to qualify for the EG Men's County Championship. This will be held at Royal Norwich GC in late September.

Sam Potter was 3 under par over the 36 holes in 4th place overall whilst Will Harvey (5th) at 2 under par and James Booth (8th) at 1 under par proved the backbone of the victory. All were well supported over both rounds by the others and this proved victorious.